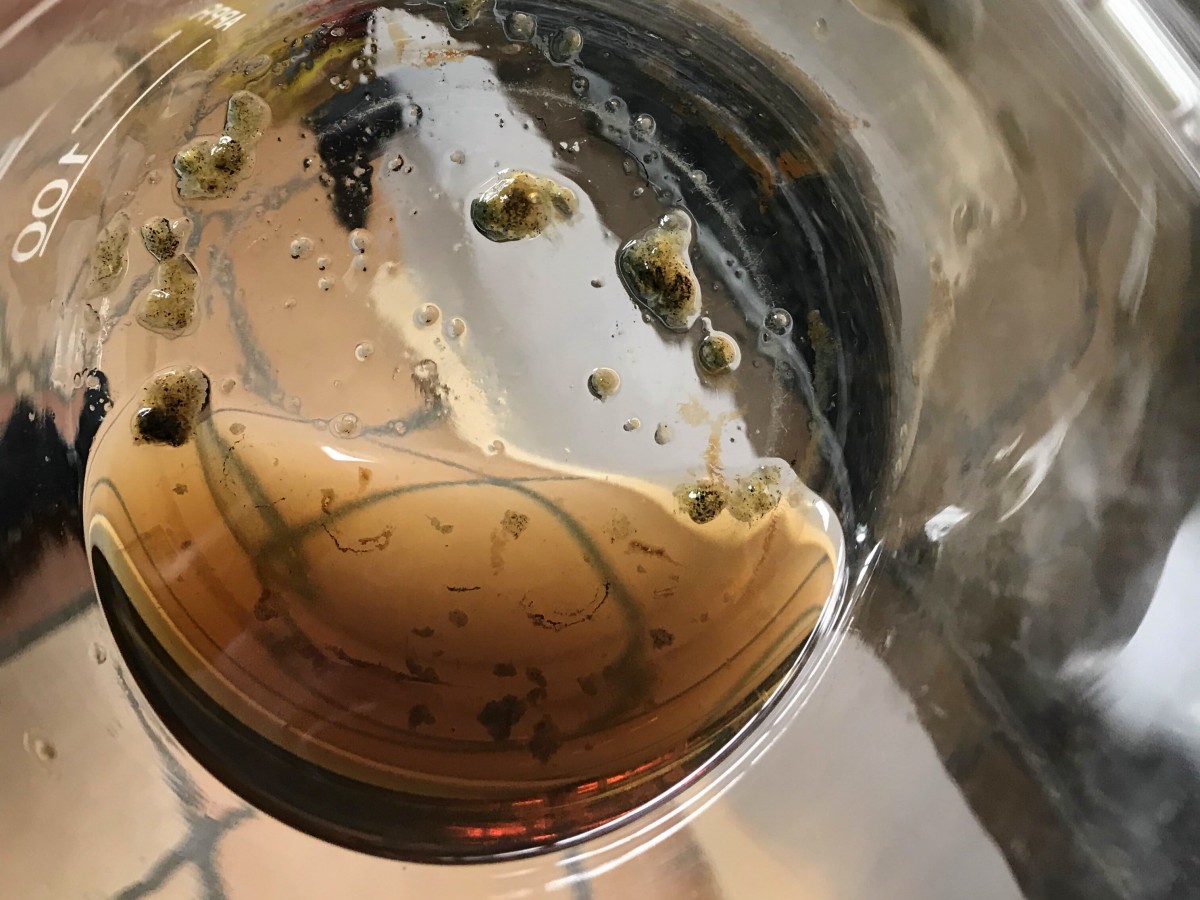 Asphaltenes are unsaturated, heterocyclic macromolecules composed primarily of carbon, hydrogen, and, to a lesser extent, hetero elements such as oxygen, sulfides, and nitrogen.

Asphaltenes are typically defined by their solubility in benzene and their insolubility in pentane or heptane.

Asphaltenes are believed to exist in crude oil as suspension colloids and are stabilized by the resins adsorbed on their surface. These components are normally found in equilibrium at reservoir conditions.

As crude oil is produced, this equilibrium can be disturbed by several factors including:

Decomposition of the colloidal system may result in irreversible flocculation of asphaltenes. The deposition and precipitation of the flocculated asphaltenes can severely reduce the permeability of the reservoir causing damage to the formation and can also clog the face of the formation, production pipes and collection lines.

Thus, conventional asphaltene inhibition treatment is accomplished by dosing the inhibiting chemical through capillaries in the production pipeline or through squeeze treatments in the reservoir to remediate or prevent formation damage from asphaltene precipitation.

To determine the presence of asphaltenes, the analysis of three laboratory tests is recommended to know the stability of the crude oil.

Asphaltene inhibiting chemicals prevent the deposition of asphaltenes through interaction with asphaltene particles by slowing down their flocculation through a slow process and potentially preventing precipitation and deposition as well.

It has been observed that the "acid-base" interactions tend to increase the inhibition of asphaltenes for ionic inhibitors, and steric effects, related to the size of the inhibitor, important increases for the effectiveness of this one. The inhibition capacity increases with increasing inhibitor size.

The waxes or paraffins in the crude oil are a mixture of n-paraffins, iso-paraffins, and cyclo-paraffins with variations in the number of carbons, with ranges from 18 to 65. These can be classified as macro crystalline waxes (paraffinic waxes) composed of paraffinic hydrocarbons with carbon numbers between 18 - 36, and microcrystalline waxes comprised of naphthenic hydrocarbons with carbon numbers between 30 - 60.

Paraffins tend to be deposited when the temperature of the crude oil falls below the cloud point or the wax appearance temperature (WAT). As the oil flows from the formation face, its pressure drops causing the release of the gas in solution and causing changes in the composition of the oil.

Precipitation of the paraffins causes an increase in the viscosity of the fluid and consequently problems with clogging of the formation face, production pipelines, distribution lines, and sludge tanks at the bottom of the tanks. These blockages reduce production and can cause mechanical problems.

Different techniques have been employed by the hydrocarbon industry to combat paraffins deposition problems. In general, these methods can be classified into five categories: mechanical, thermal, bacterial, electromagnetic, and chemical, the latter being one of the most used in the industry.

A combination of these techniques is usually applied for paraffins control. In the last decades, considerable efforts have been made to develop chemical methods for the inhibition of paraffins deposition.

Inhibition chemicals can be broadly classified into three categories:

The use of inhibiting chemicals to reduce paraffins problems has become a widely applied option within the industry.

Several chemicals possess paraffins inhibition properties and it has been observed that a single chemical is not equally effective in all cases, so it is required, individually for each case, to find the best inhibitor.